Robb’s firing ends a fast-moving showdown between Biden and the incumbent GC who was appointed to a four-year term in November 2017. No president has previously removed a sitting General Counsel. Past Presidents have waited until the General Counsel’s term expired, and Robb had ten months remaining in his term.

General Counsels wield significant power to shape federal labor policy because they decide which labor disputes to prosecute and craft the legal theories staff attorneys present to the five-member Board.

Robb had advanced numerous business-friendly interpretations of the National Labor Relations Act (“NLRA”) since taking office. Robb secured Board decisions expanding employer powers to make changes to job terms without the ok from worker unions. Robb narrowed worker access to employer property and equipment among others.

The reality is that this may take some time because NLRB members have staggered terms. But the new Biden administration ignored normal protocol in the Peter Robb case. And, they may move forward in a super-aggressive manner. In any event, look for big union-friendly changes. 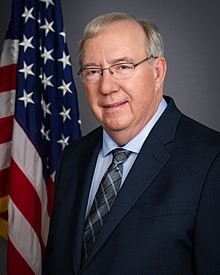 Peter Robb – NLRB General Counsel fired January 20, 2021 First time in US history that a General Counsel has not been allowed to finish term after appointment by an opposing administration.

Questions? Contact attorney Richard Wessels in our St. Charles office at (630) 377-1554 or by email at riwessels@wesselssherman.com

Stay up-to-date about developments in the Midwest

Unions – What’s Happening During the Pandemic?

Pro-Union Changes Coming at the NLRB

Contact Wessels Sherman Joerg Liszka Laverty Seneczko P.C. if you would like to speak with one of our experienced labor and workplace attorneys, contact any of our four office locations and schedule a consultation.