Following graduation from law school, Ms. Murphy was appointed as the judicial clerk to Wisconsin Supreme Court Justice Louis J. Ceci. After her clerkship, Ms. Murphy’s career has included work as a litigator for a major Chicago law firm and 30 years of private practice providing counsel and litigating various employment issues such as:

Ms. Murphy has four wonderful adult children, two living on opposite coasts, one in college and one living at home where she has a very small dog, a large fish tank and two rabbits. In her spare time, she enjoys biking through forest preserves, gardening, cooking and trying to learn new skills.

Ms. Murphy was selected to the Illinois Super Lawyers list 2020 through 2022, an exclusive list recognizing no more than five percent of attorneys in Illinois. 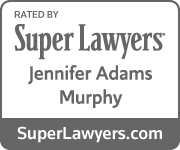 Contact Wessels Sherman Joerg Liszka Laverty Seneczko P.C. if you would like to speak with one of our experienced labor and workplace attorneys, contact any of our four office locations and schedule a consultation.